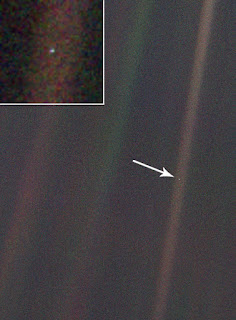 Those who insist that the earth is a speck of dust floating in the abyss of infinite space have forgotten the most basic law of perspective: the size of an object depends on where you view it from.